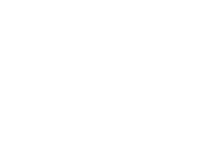 Treacherous conditions along with old and undersize wets put pay to any chance of a realistic qualifying time during Friday’s practice.

37th on the grid was amusing to say the least, but during the 20-minutes, I was soon into high speed opposite lock drifting, holding the tail out for 100-metres along the start finish straight, and lock to lock slides through the Maggots series of bends, out to the hanger straight.  For many of the viewing public and marshals this was, I am told, the … Read More→

Qualified second in the Zakspeed against the big Jaguars, Rovers and Capri’s. At the start of the race we lost four or five places due to a gear box selection problem but got back up to second place within one lap.

After a driver change, Dave Coyne continued to chase the ex Vince Woodman Group 2 Capri, but there wasn’t enough pace and we ended up taking second place.

Great to be out in the V8 Corvette again but, due to a problem in qualifying, I started from the back of the grid. Before long, I was up to third place when the prop shaft yoke broke.

Starting from the back of the grid again in the second race, because I didn’t finish in the first, I soon got back up to sixth place. After a driver change to Bernie Chodosh, a back-marker put him off at the druids.

This time the Zakspeed was up against the big TWR Jaguars, Rover TWR’s and GA Capri’s.  In this two-driver race, Dave Coyne was out first.  The car was on pole position and, having got up to the sixth lap with a two car battle against the Datsun 260Z, the race ended for us with a brake failure and a visit to the gravel trap.